The “keto flu” is a label given to a set of carbohydrate withdrawal symptoms that may occur in people who start a low carb diet that results from altered hormonal states and the electrolyte imbalances that may occur with it. In other words, it describes a cycle in the body adapting to a newly started low carb diet.

Keto stands for ketone, ketosis or ketogenic, a very strict low carb eating plan. The term should really be “low carb flu” since the ketogenic diet is not the only low carb plan.

No two individuals are alike, so the symptoms can range from nothing to mild to a full-blown flu-like condition, and include

How Long Does Keto Flu Last?

The duration for keto flu varies for each person. While some may have slight and even unnoticeable symptoms for a day or two, others might have an over the top symptom for a week or more, it really depends on how quickly your body adapts to a reduction in carbs.

Once keto flu is over you can expect a huge surge in energy levels, and once that sugar habit is fully kicked, often people feel better than ever.

Being patient as your body adapts is key, and know that it will pass, and if it does not you should seek the attention of a qualified medical professional. For most people any symptoms that occur end within two weeks’ time.

People who experience keto flu after going on a low carb diet are sometimes forced to believe that they are suffering due to the diet they are on and carbs are good for the health after all.

However, this only shows how dependent they have been on carbs, as their body is trying to survive without carbs and sugary substances.

In truth, carb intake, and especially refined carbs that come from processed food, sugar, sugary foods and drinks is at epidemic levels, and carb addiction is rampant in the United States and other parts of the world.

It’s not your fault, those carbs are everywhere, congratulate yourself on making changes for the better with a low carb diet!

How To Reduce Keto Flu Effects

Keto flu can be nerve wrecking, no doubt, it is also sometimes a necessary evil, however, there are some things that can be done to reduce the symptoms if they appear.

Additionally, low carb diets feature lower insulin levels that can signal the kidneys to discard excess water, making you drink more and this results in flushing out electrolytes, where sodium, potassium and magnesium deficiencies can occur. You will have to replenish them by using supplements and with food.

Generally, 5 grams of sea salt daily is ideal for keto flu and to replenish electrolytes, you can also get it from drinking 2 cups of broth or adding potassium containing foods to your meals.

Bone broth works well, and only requires the simmering of chicken, beef, lamb or any meat bones in water for about a day, or even canned broth or stocks from the store works well too, just make sure to read the labels for added ingredients or preservatives that you do not need. Drippings from cooked meat have a high concentration of potassium, so use them to make sauces.

Keto flu is a process that most dieters undergo while starting their weight loss or weight gain journey. While it cannot be avoided for some, you can reduce symptoms while your body adapts.

Please contact a doctor if the symptoms become too severe to handle alone.

Want to join the discussion?
Feel free to contribute! 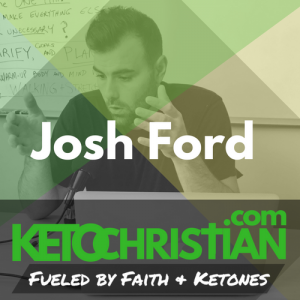 Honor God With Your Body

(1 Corinthians 6:19-20 NLT) Don’t you realize that your body is the temple of the Holy Spirit, who lives in you and was given to you by God? You do not belong to yourself, for God bought you with a high price. So you must honor God with your body.